Learn More
If slow cooker meals are your thing, make sure you give this recipe a try. This simple Slow Cooker Pizza Pasta Bake has great flavor with all of the melted cheeses, sauce, pepperoni, and spices. It truly tastes like you are eating pizza, but without all of the effort! 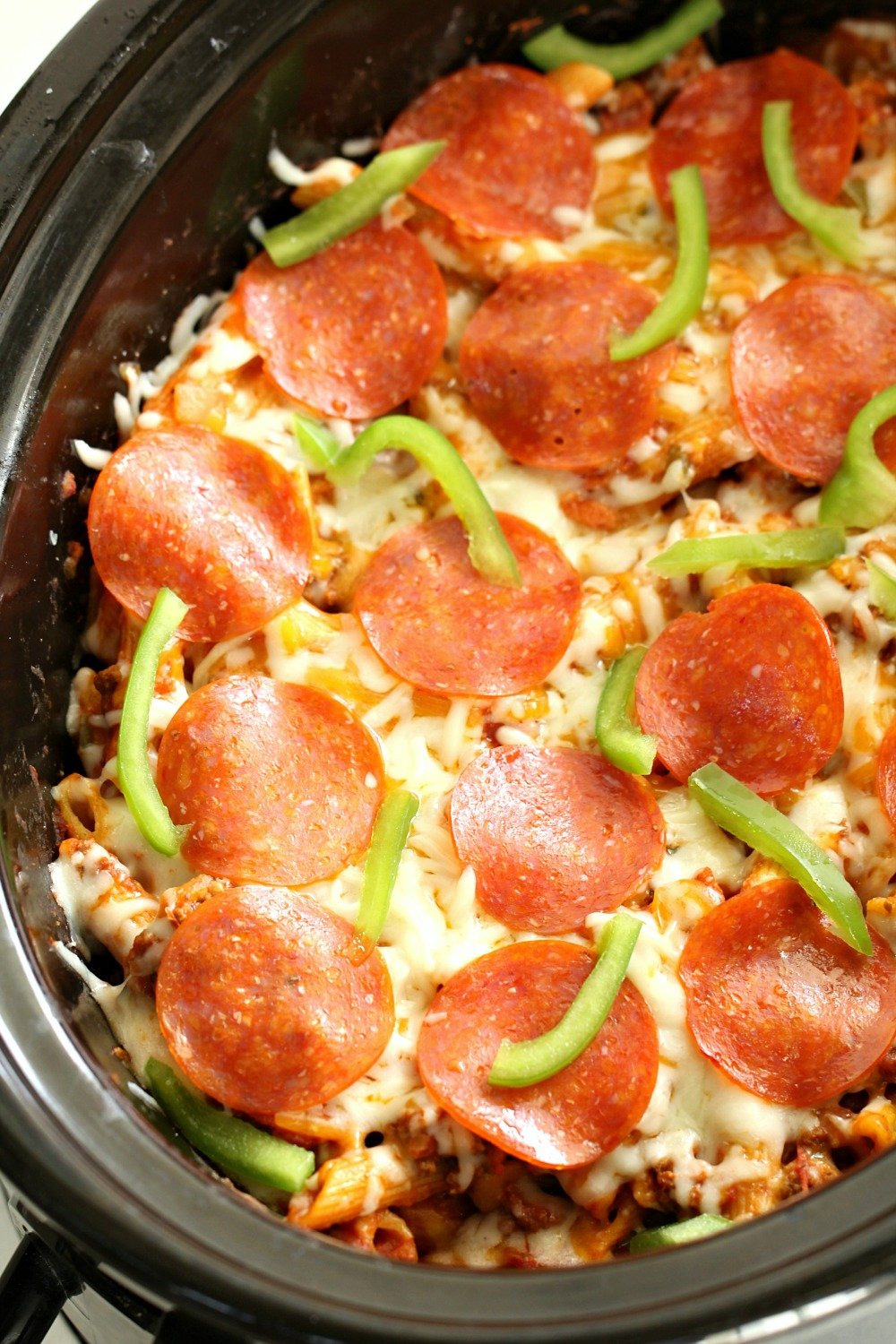 Almost every weekend we have some sort of pizza. On the nights I know are going to be busier I will throw this all together and let the slow cooker do its things. It’s so simple, literally just combine everything and throw it in the slow cooker. What is easier than that?! 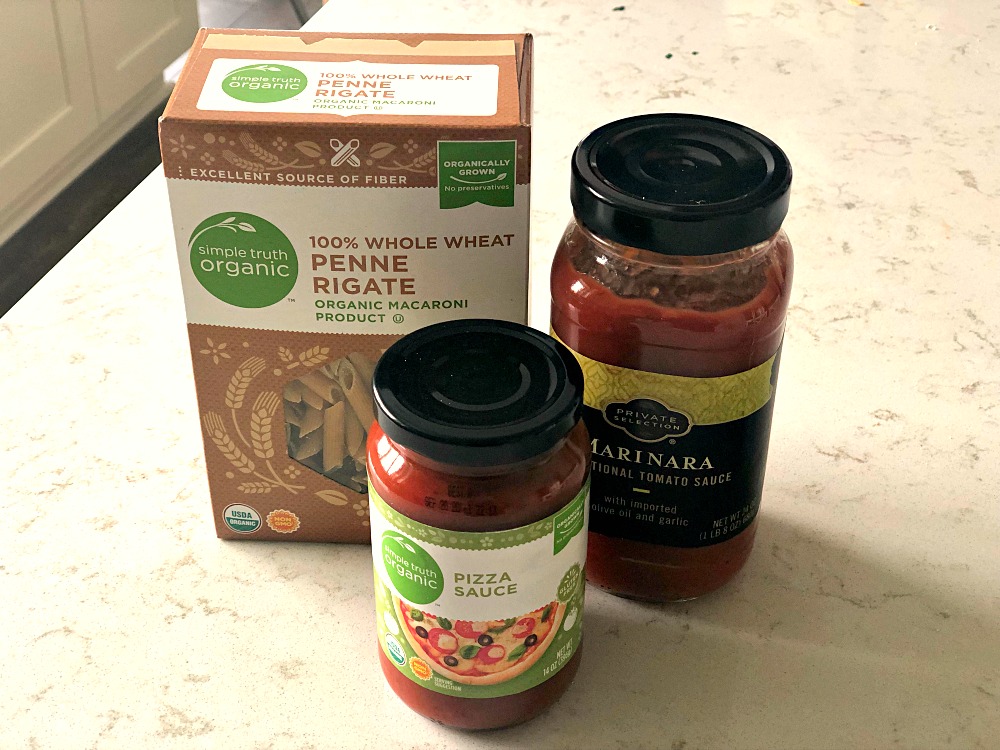 Time to get things heating up by browning the ground beef, diced onion, and green pepper in a large skillet on the stove. Once the ground beef is no longer pink, simply strain the meat mixture and return it to the pan.

Next, add the pizza sauce and spaghetti sauce in the same skillet pan with the meat, onion and green pepper. Make sure to mix it well, but no need to turn the burner back on since it will heat up in the slow cooker.

Get the slow cooker out and spray it well with your favorite non-stick cooking spray to avoid the sauce sticking and burning on the sides. Then, combine the meat mixture, pepperoni, mozzarella cheese, cheddar cheese, and penne together in the slow cooker.

Start by turning it on high for about 30 minutes. Once the 30 minutes is over, switch it to low heat and cook the Slow cooker pizza pasta bake for about 2-3 hours. You’ll know it’s done once the cheese is fully melted.

If you are someone that likes a lot of pizza toppings, don’t limit yourself to just pepperoni! Add in whatever you like. 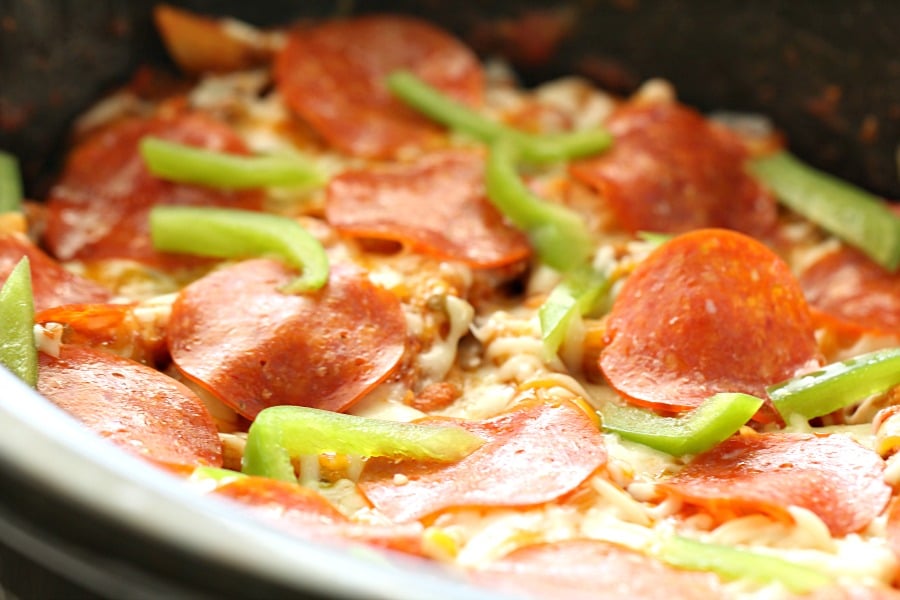 Other TOPPINGS TO CONSIDER 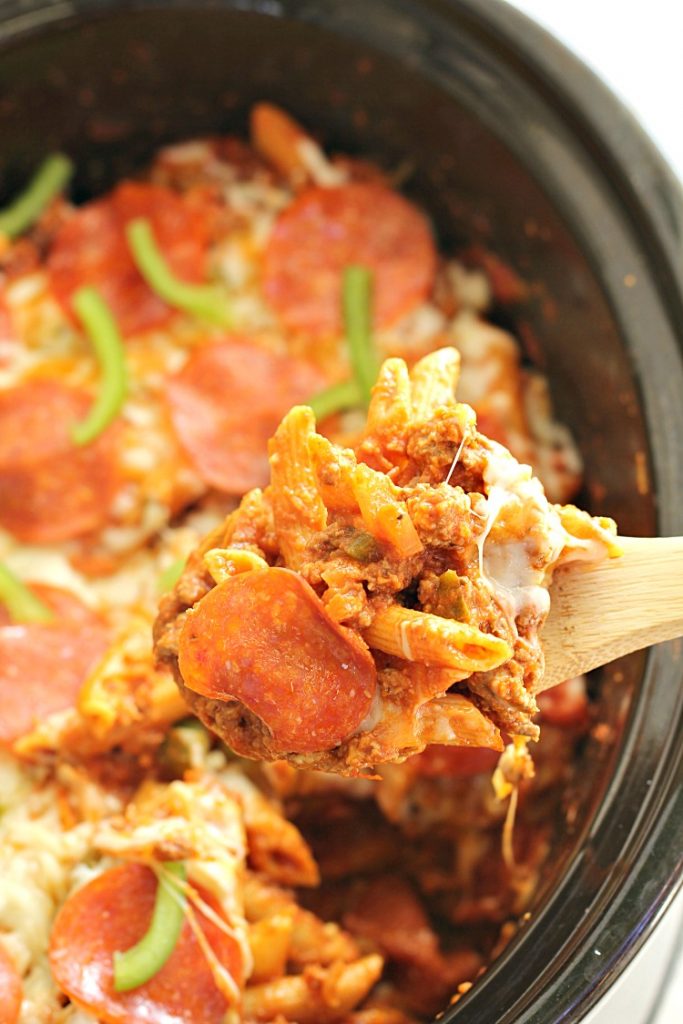 I will say that this recipe does make QUITE a bit (it could easily make 10 servings), so you will definitely have leftovers. So, this recipe would be great for a party or when you invite another family over.

While you are able to freeze the leftovers, I wouldn’t freeze it for longer than 30 days. Also, if you do choose to freeze the slow cooker pizza pasta bake for another night, the pasta probably will not have the same texture as the fresh recipe.

Also, if you don’t have some of the specific ingredients listed above you can substitute as needed. If I don’t have penne pasta I’ll use elbow pasta instead.

This makes a lot of food, so I usually freeze half before cooking it.  Later it can be thawed and cooked in the slow cooker as directed above.

Want to expand your go-to recipes? Have you heard about our newest cookbook,Copycat Cooking? We took over 100 of our favorite restaurant recipes and simplified them so that you can make them right at home! 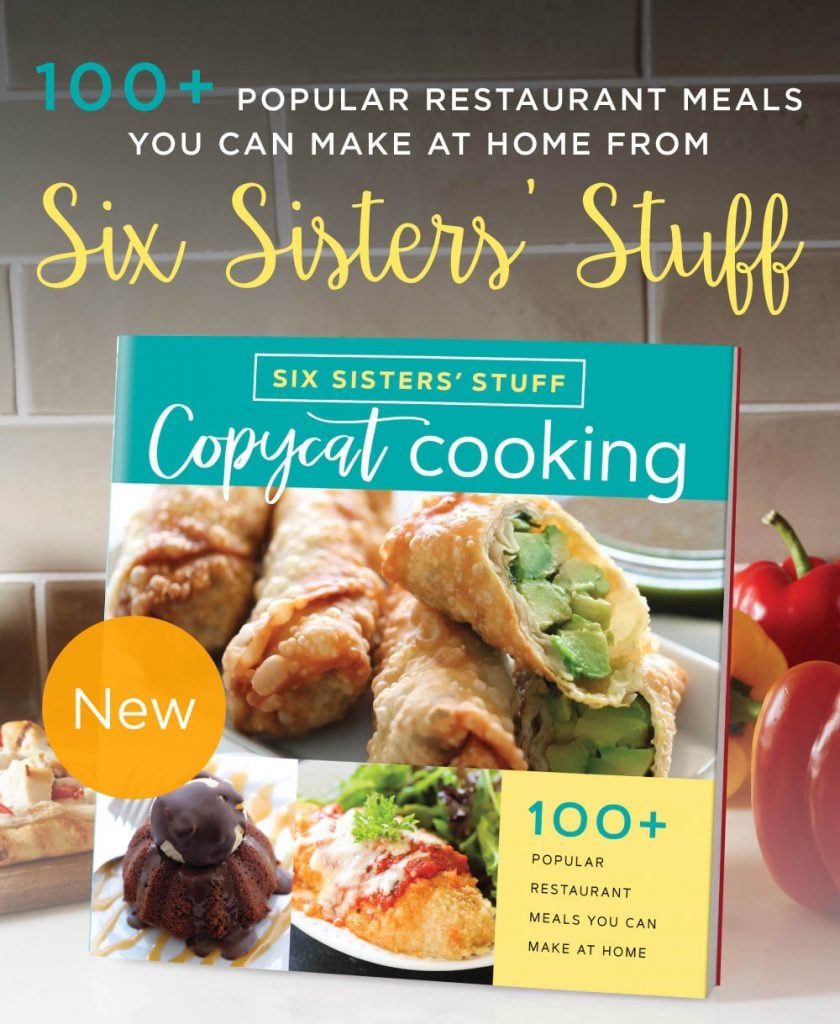 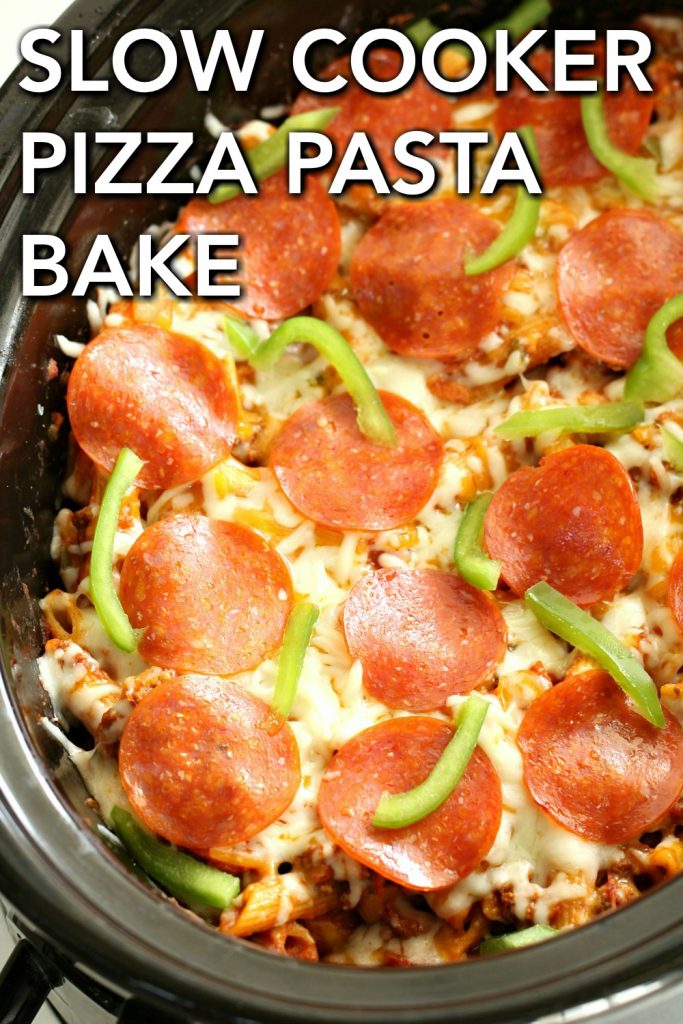 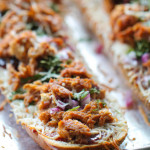 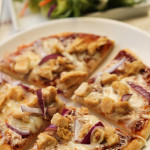 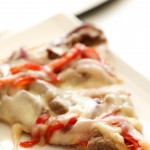 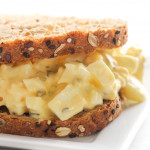 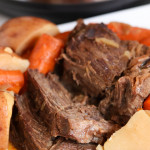 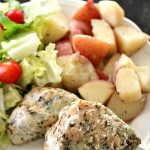