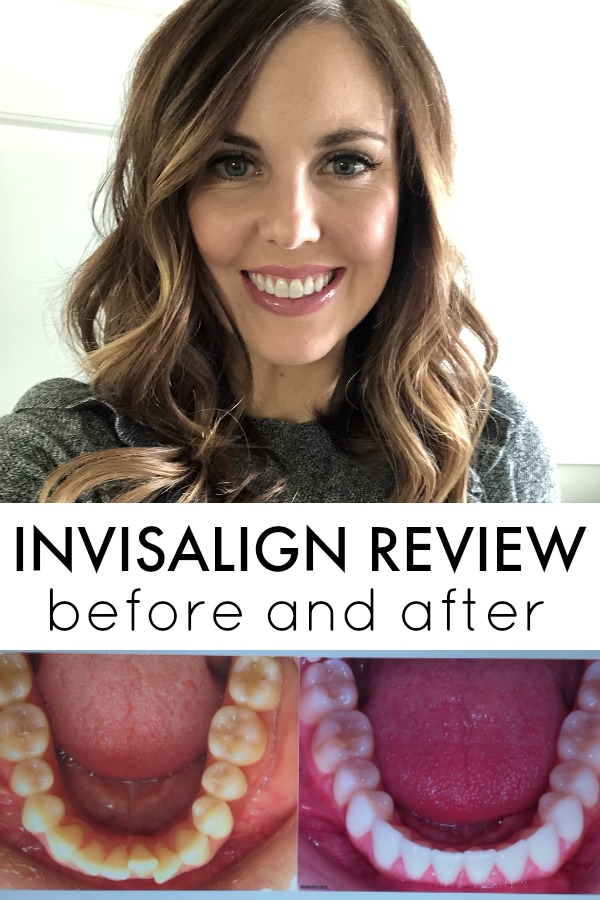 After 11 months, I am so excited to share how my teeth look after using Invisalign! This post is written in partnership with Defay Orthodontics, but all opinions shared are 100% honest and are my own. Thank you for allowing us to share with you products that we use and love with you to keep our website going!

For those of you who have been following my Invisalign journey, I am so excited to share the end results with you today!

Be sure to check out all my other posts about my Invisalign experience:

Would I recommend Invisalign?

YES! A million times yes, especially as an adult.

If you have ever felt insecure about your smile/teeth, this is such a wonderful option to fix them.

I love that the Invisalign aligners are clear, I love that I could remove them in social settings or when going out to eat or when I had to be on TV, and I love how fast they worked to move my teeth!

Of course, the only way that Invisalign will work is if you wear the trays for 20-22 hours a day, so you do need to be responsible. And that includes brushing your teeth and your trays after each time you eat . . . which gets hard to do sometimes (I constantly carried a toothbrush and toothpaste with me everywhere I went).

It took 11 months from start to finish and in all honesty, I would do it again in a heartbeat.

As one who had braces for two years, plus a mouth contraption that widened my mouth that I had to crank each night, wearing Invisalign was a breeze!

It definitely helped that I had an orthodontist who was an elite Invisalign provider and had worked with over 300 Invisalign patients – to learn more about him, visit Defay Orthodontics website.

Watch my final appointment and see the before and after results:

I want to walk you through the entire process of my Invisalign experience: 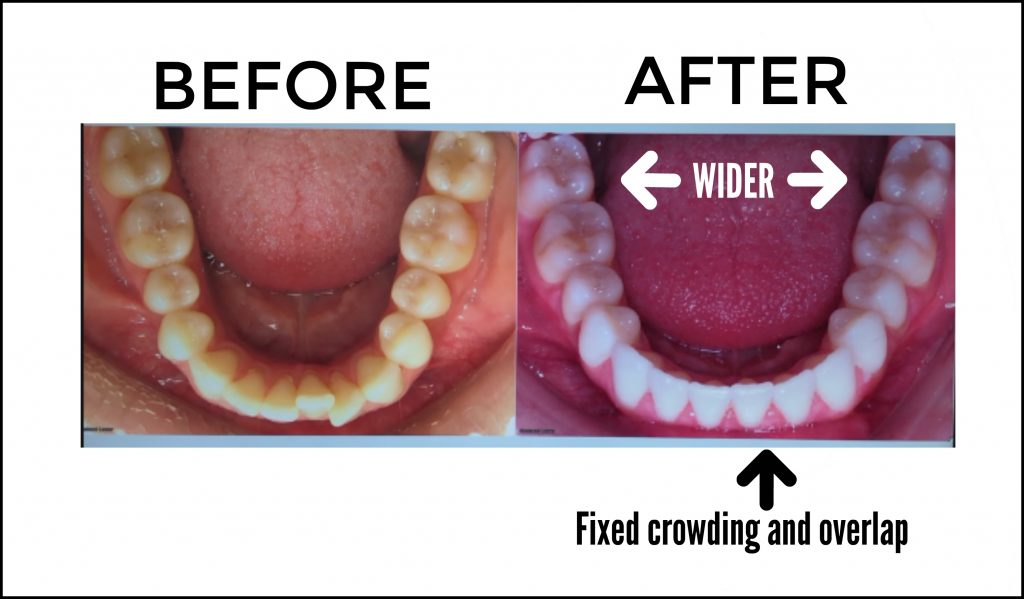 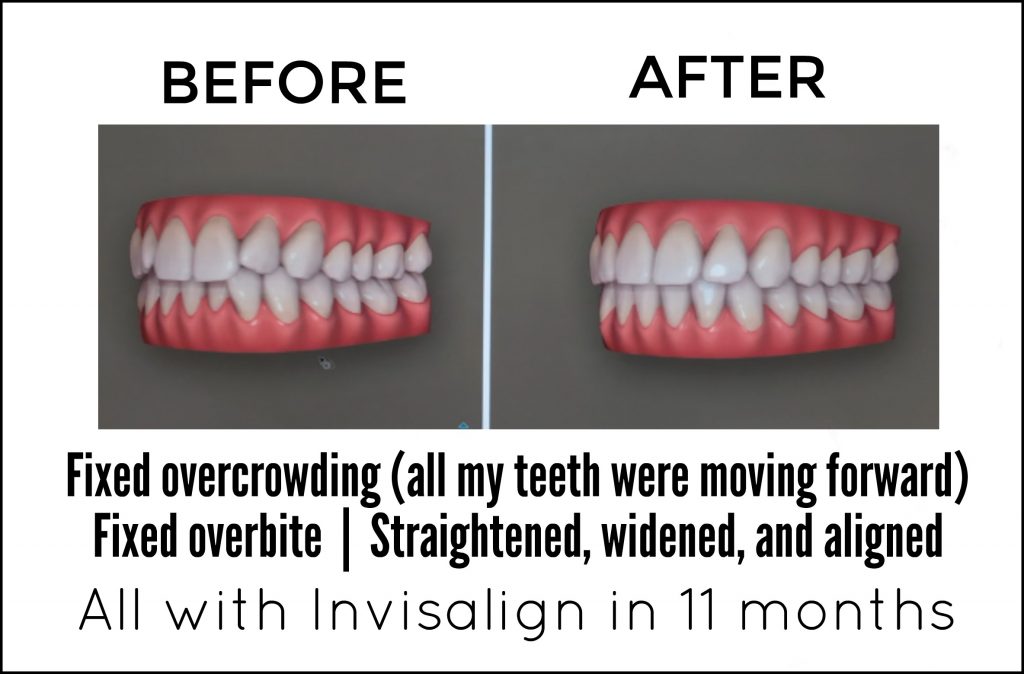 (I did whiten my teeth once using some white strips, but the pictures were taken with different cameras in different lighting, which is why the coloring varies)

What I learned from my Invisalign experience: 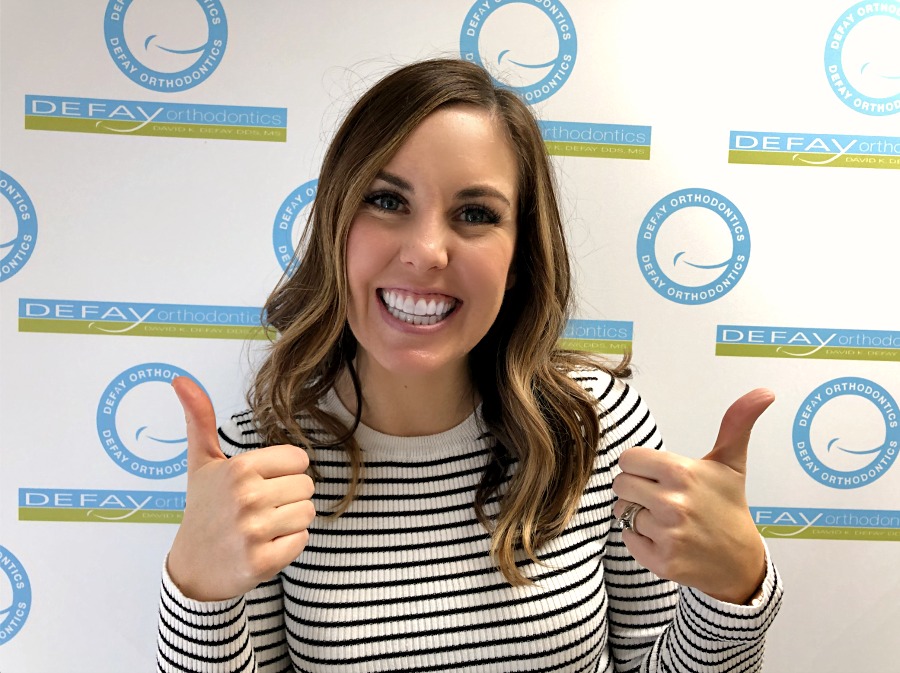 Can you tell that I am wearing my aligners in this picture? Because I am! I love that they are practically invisible.

In the end, when all is said and done, I have LOVED the results that came from Invisalign.

As I mentioned in the video, there is just a confidence that comes from having a smile you feel good about . . . and that makes everything worth it.

And if you are in the Northern Utah area, I would HIGHLY recommend Defay Orthodontics. Their office staff has become my good friends and I am going to miss popping in for my appointments!

But, now my kids are at the age of needing braces, so I get to start the process all over again! 🙂

Watch my other Invisalign videos: 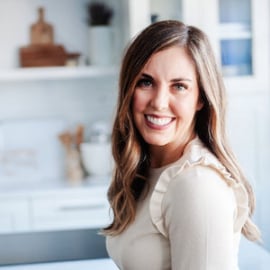 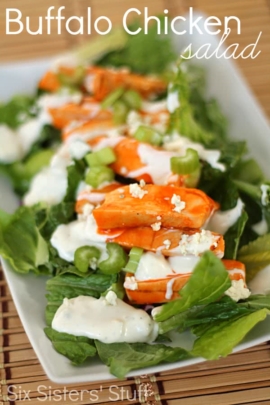 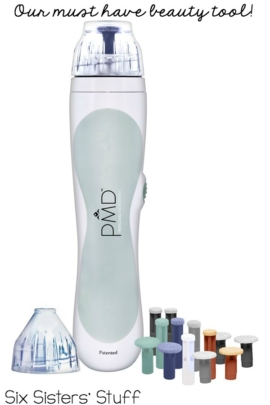 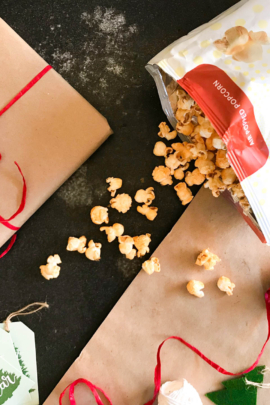 Holiday Snacks to Feel Good About 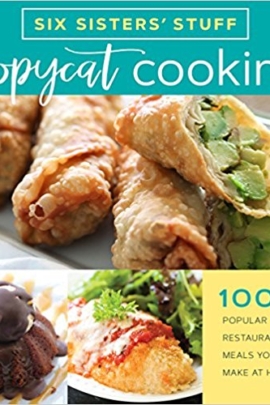